Sometimes, kids will face a problem in math in which big numbers look almost identical. They may see 52323 and 53232 and need to point out which is larger or smaller. Comparing left and right just by looking at numbers can be difficult for some kids, so how should we help them with strategies to find larger or smaller amounts?

In its simplest and non-applied form, expanded form of numbers looks like this:

Expanded form by itself offers only a few benefits, but using the expanded form in number comparisons with our structure can help your kids greatly. 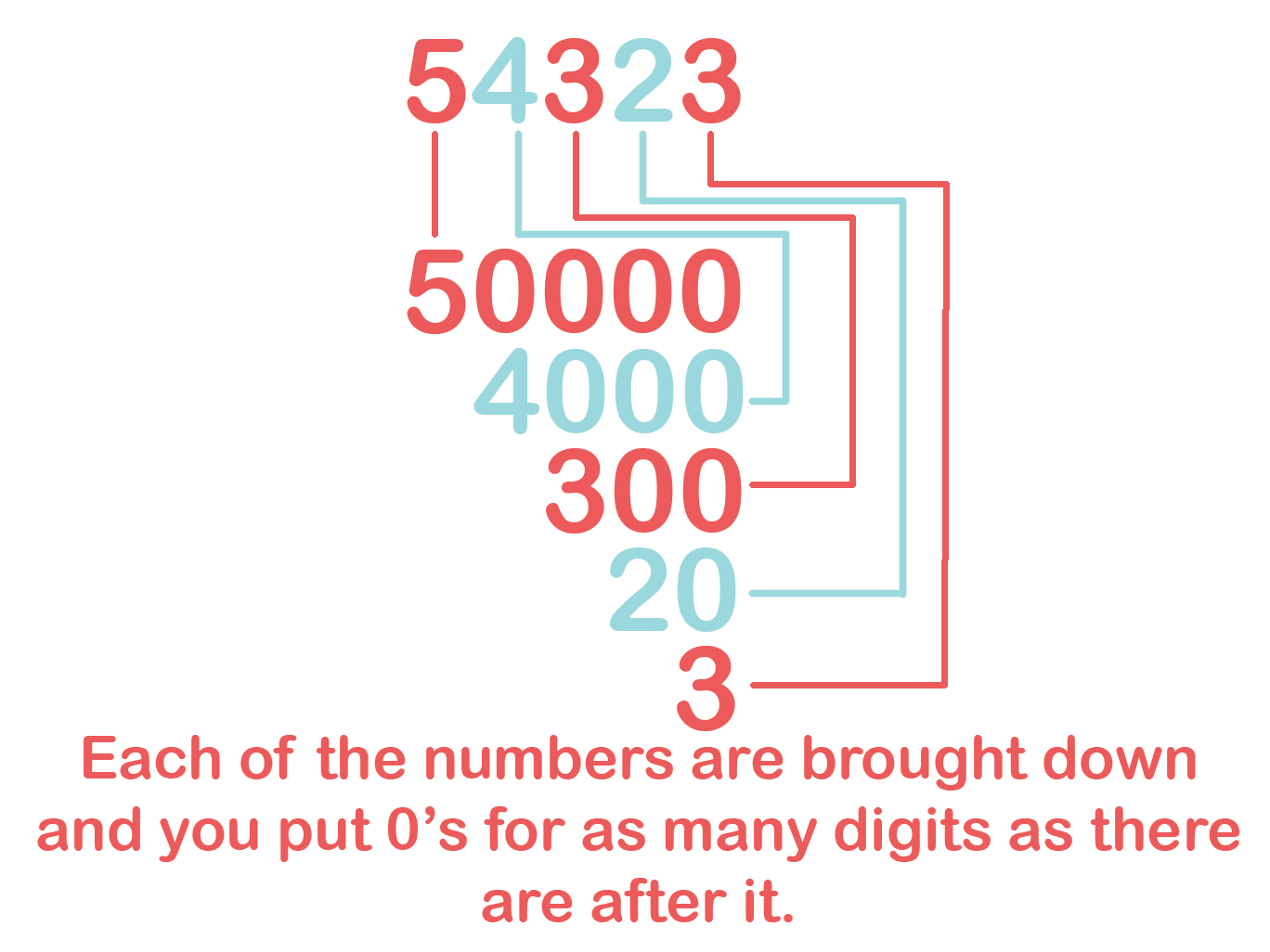 So using this, it’s actually easy to compare numbers that look similar.

Check out our worksheet below for more practice!