How to Multiply Numbers Within 10

Our last post on multiplication involved using the multiplication table. Today, let’s go over how to work with your kids to build up their skills to multiply.

At a basic level, multiplication is just addition in less steps. In our head we know 2×2=4, but the process behind it is a little bit more complex when working with children. We always like to push the importance of teaching your children the why and the how rather than just memorizing something as it will help them build new mental processes and problem solving abilities.

If you think about it, if someone told you to do a basic task you’ve never done before, it’d still be difficult. One example I like to use is to ask someone to describe a color to a person with their eyes closed and tell them to name one object using the color you’ve described. If you try this with your friends you’ll find it’s a lot harder than you think even though colors are something so basic. Multiplication is the same for children. When they see a problem like 4×2, for us, the concept is simple as we’ve already developed the multiplicative reasoning processes in our mind. A step by step process is needed to teach children how to multiply. So let’s start on looking at the process.

Let’s take a look at a simple multiplication problem:

How did we get these math problems? Let’s look closer at the example. 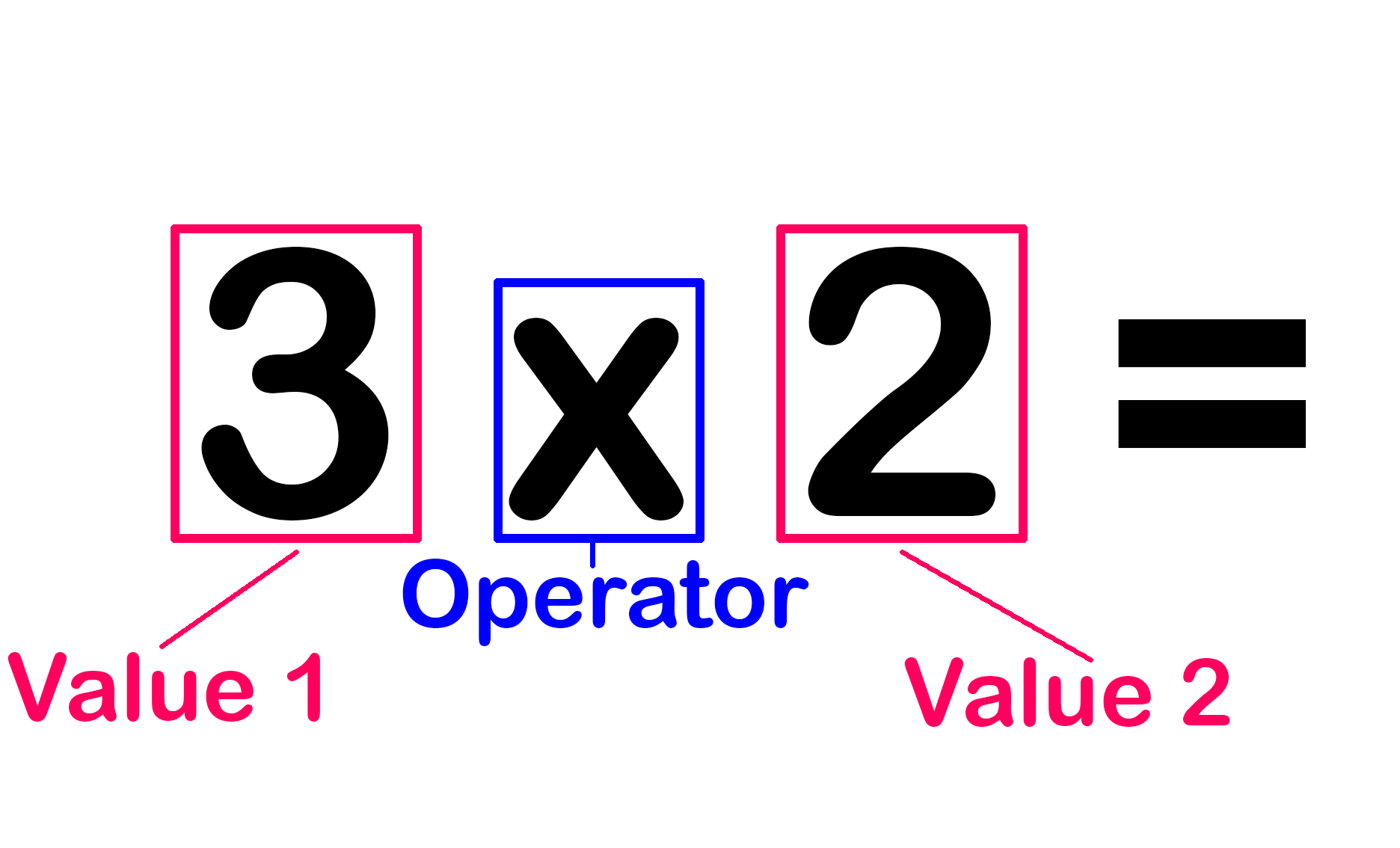 Each multiplication problem has three parts. You have the VALUES which are the amounts being multiplied. You also have the OPERATOR which tells you what mathematical process you are doing.

First, let’s look at the OPERATOR:

In arithmetic, there are a few different operators that stand for multiplication.

It is either an X or a ⋅ between two numbers.

Thus, the problem above could be shown as:

It’s important to note that these are the same problem to your children as operators do sometimes cause confusion.

Second, let’s look at the VALUES:

In the problem of 3×2= we have two values

Each value tells you two different things. If for example, we take the “3” as “Value 1”, that tells us the base number. The “2”, being “Value 2” tells us how many times we are adding that number to itself.

The important process is to understand that multiplication is just telling someone how many times a number should be adding to itself.

So now, let’s break this down into an easy way to explain to your child.

Using the problem 3×4. You can tell your child to pick a number from the problem. That will be their base number. After they have chosen their first number, let them write down the first number as many times as the second number tells them to.

Take a look at this example video below

The important thing to reinforce with your children is to make sure that they recognize they are NOT bringing the second number down, but instead using it as a counter for how many times the first number is adding it to itself.

Check out our printable PDF worksheet below for more practice with your child!